The collision of paddle and sand in the middle of the rainy season and the receding water stain on wooden stilts attests to the impact of irregular rainfall, changing water levels and warmer temperatures — indicators of climate change in Makoko, a floating village on the Lagos Lagoon inhabited by a fishing tribe of more than 100,000 people.

Artisanal fishermen whose ancestors exploited the waters for more than a century say naturally occurring fish species such as the lesser African threadfin, the Senegal jack, the West African Ladyfish and Edible Mussels which were sold for higher prices in the market are started to disappear putting a strain on their, at that time, the sole source of livelihoods. 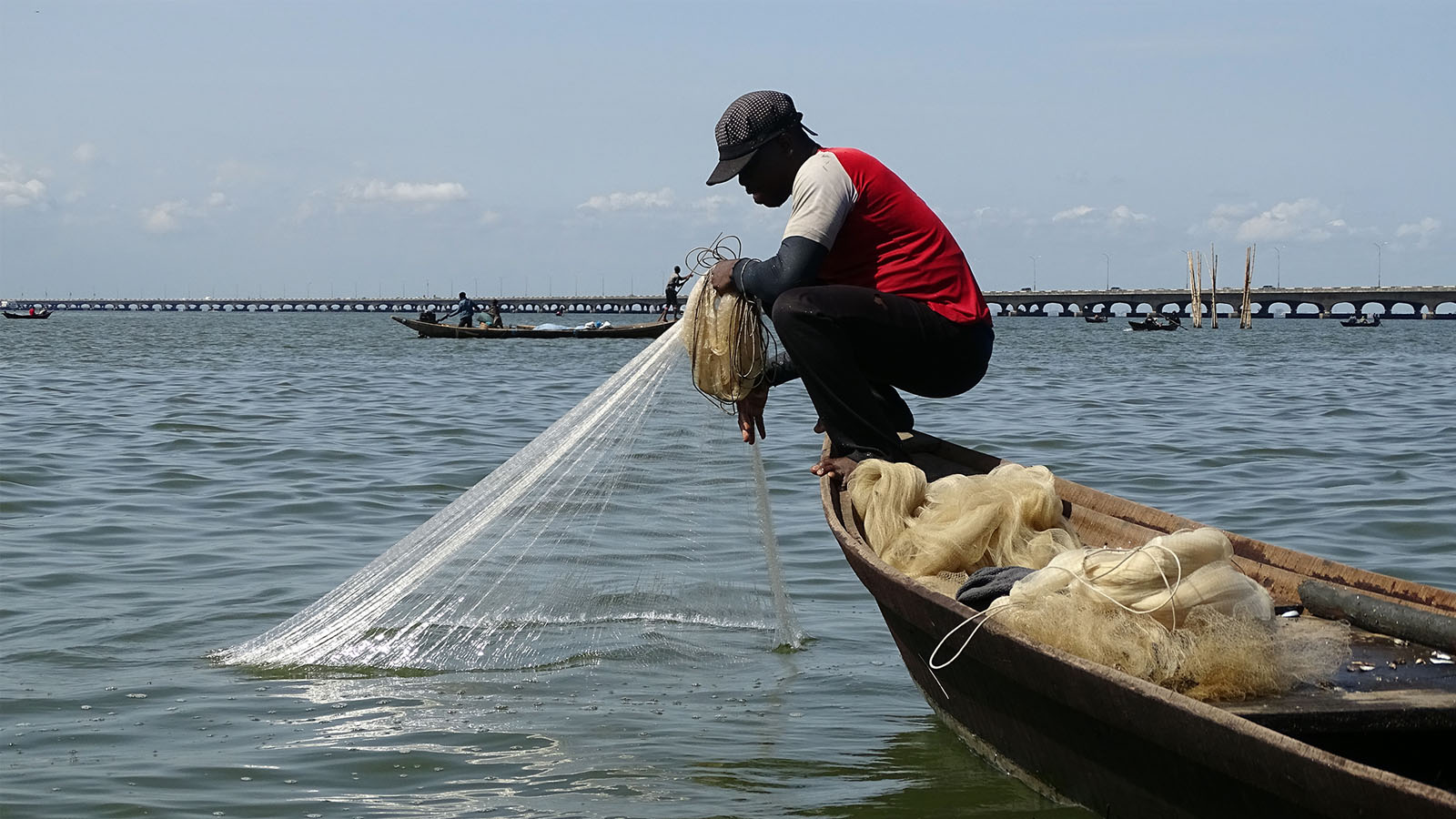 Fisherman Segun Azankpo casts his net into the Lagos Lagoon

“The catch used to be enormous in the past, we use to catch all the different types of fishes then we stopped seeing Titus fish (Mackerel), Sharks that wander from the ocean seasonally, Silver Catfish and others,” said Segun Azankpo, a well-known fisherman in the area.

His meager catches are now supplemented by money he makes from lending his canoe to tourists.

Why fish stocks are decreasing in the lagoon

Thirteen years ago, in 2007, a study by the Food and Agriculture Organisation of the United Nations [the latest study available]discovered that apart from climate change, overfishing by industrial fleets in Nigerian coastal areas such as Lagos was leading to a decline in quantity and quality of catch while also causing “environmental degradation seriously impeding the productivity of the artisanal sector and declining efficiency due to lack of technical innovation”.

In order to keep exploiting the waters despite the challenges, some fishermen have turned to revenue from tourism in their community. This revenue then allows them to finance the introduction of non-native species such as Bayard, African Arowana, and Grunts which is starting to dominate the Lagoon.

Fascinated by the allure of murky intricate waterways woven in-between makeshift wooden stilts, foreign and local tourists who are seeking new adventures,YouTubers and celebrities looking to creating unexplored content for their audience are trooping into Makoko in droves thereby providing revenue which local fishermen in turn use to grow their fish farms.

John Awume, a middle-aged man who used to fish but now paddles tourists around as a tour guide, said he decided to take a break from fishing to save money to create his own fish farm with new species that yield faster and are not within the reach of trawling boats used for industrial-scale fishing.

“I used to fish actively in the past but the yields became low and my boat developed technical problems so I became broke, my specialty used to be big fishes. When tourists come, they pay, even though it is not a lot but I am saving it to start my own fish farm because it is working for others around me,” he said.

The introduction of new and exotic fish species in waters where there is obvious native decline is controversial because of concerns around conservation of ecosystems.

In Lake Victoria which is divided among three countries Kenya (6%), Uganda (45%) and Tanzania (49%), the predatory Nile perch, Lates niloticus, and the herbivorous tilapiines, Oreochromis niloticus, Oreochromis leucostictus, Tilapia zillii and Tilapia rendalii, was introduced in Lake Victoria in the 1960s due to a decline in native species. While the lake flourished and fishermen thrived through the economic opportunities it created, the lake underwent ecological changes which lead to the disappearance of native species such as the endemic Cichlids and the native tilapia species Ngege (Oreochromis niloticus). 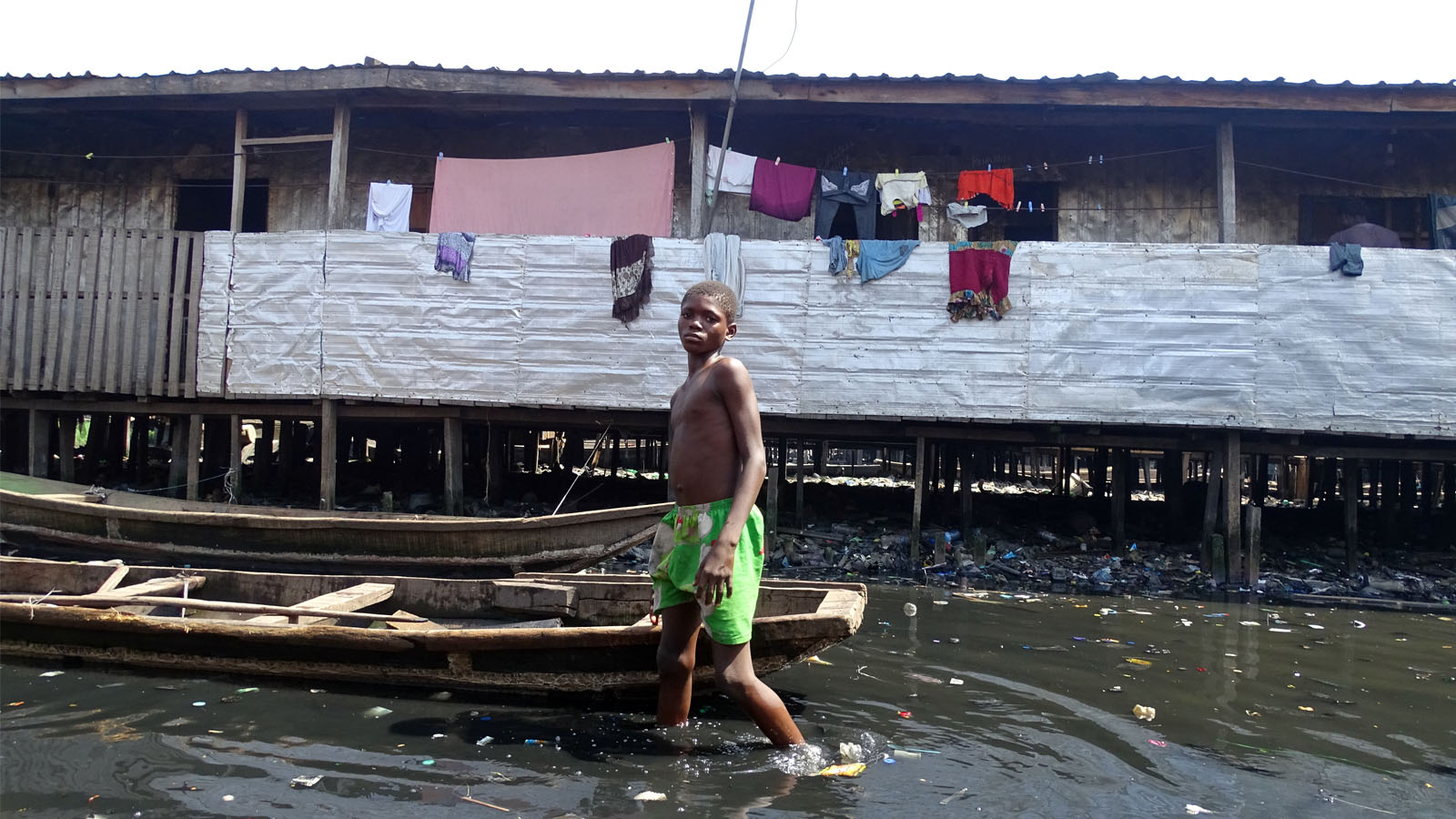 In Lagos, conservation expert, Damilola Ewuro is concerned that the introduction of non-autochthon fishes will eventually disrupt the ecosystem like in the case of Lake Victoria. He is calling for the regulation of artisanal fishermen on the Lagoon who are introducing non-native species as a way of protecting the natural habitat.

“So what happens is that fishermen buy fingerlings of non-native species that reproduce faster and introduce them into a confine that they make inside the lagoon which is sectioned by nets. So it’s not like the government is putting the species in the water to help the economy, no. It’s the fishermen who do it in a controlled way but how really controlled is it if there is a great risk for the fish to escape their confines into the greater water thereby posing a threat to naturally occurring species, it’s already happening.

“In a place like Nigeria where employment is hard to come by, you have to give the fishermen kudos for their innovation in converting the tourism their community is attracting to a means of keeping the skills their forebears handed to them alive. However, there has to be massive regulation of the process.

“This regulation must come with education so as to earn the trust and cooperation of the fish farmers/fishermen who should be at the frontline of protecting the biodiversity of Lagoon,” he said.

For now, locals like Teju Azankpo who is a woman fishmonger along with the rest of her family are enjoying the boom the introduction of non-native species has brought which has become viable due to demand for fish from Lagos, Nigeria’s economic capital, creating more opportunities for otherwise low-income families like hers. 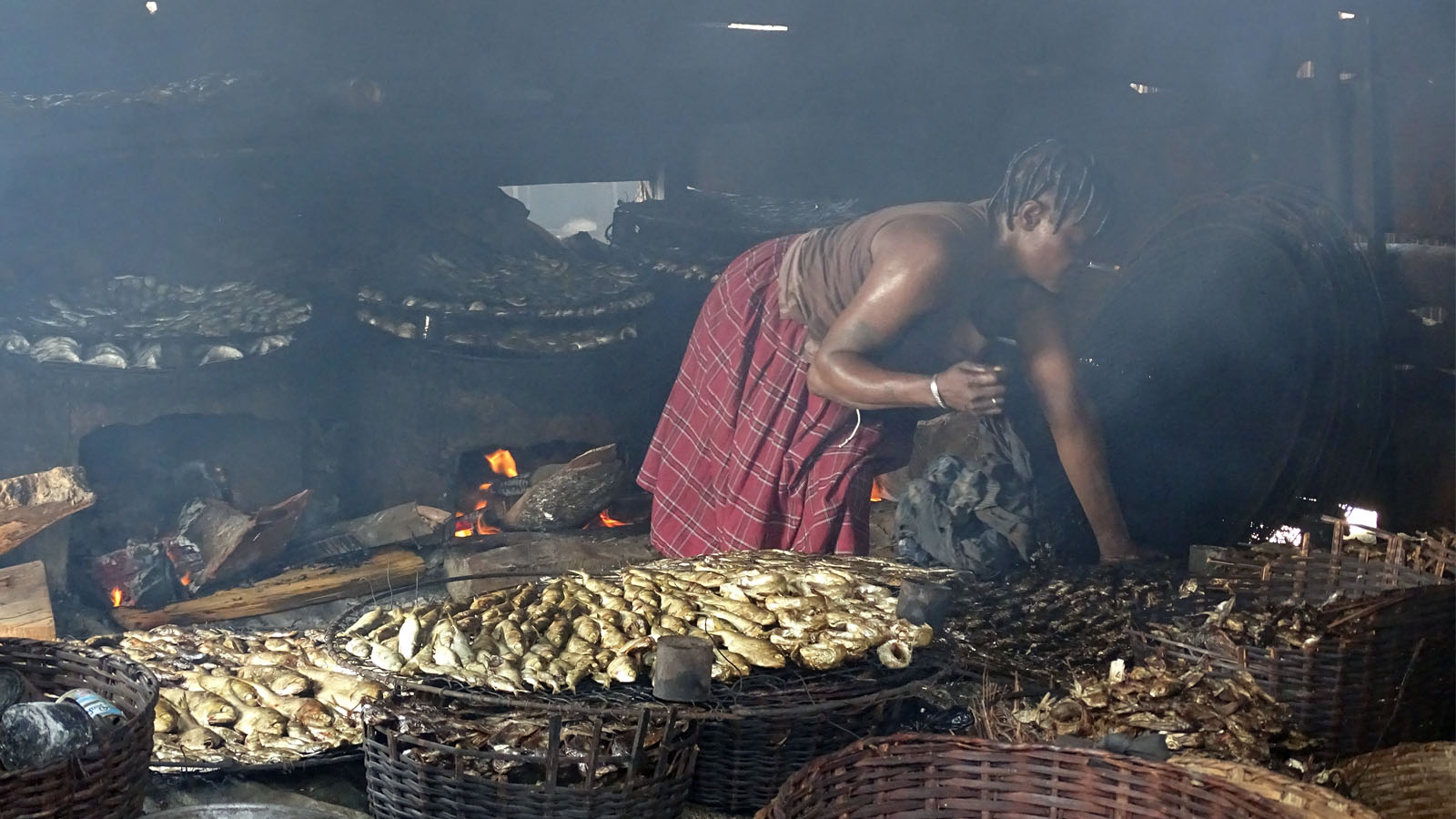 Processing many large bowls of fish, she says the abundant catch has afforded her and her family an education.

“The men bring them in, plenty. We don’t ask for the names, we just clean and process. We went to school from the proceeds of the fish so I’m happy to do the work,” she said.

Since the process of introducing non-native species is chiefly done by local fishermen due to lack of government’s intervention in the Lagoon, fishermen like Moses Stephen are taking advantage of the increasing tourist presence on their waters to save up in order to create special farms in the Lagoon, usually demarcated by bamboo poles and fishnets where the fishes are kept.

He said, “We used to make money from making nets and selling to augment the income from the catch we used to make before people started fish farming. Now, we rely on the N10,000, N7,000, or N20,000 from people coming to take photos of our slum to fill that gap.

The massive pollution of the Lagos lagoon by the people who live on it has taken its toll according to Stephen, he says to put these structures in place for the introduction of non-native species, fishermen are having to journey further down into the lagoon and in the process disrupting new areas.

“The water where the houses are is drying and it smells. There is always dirt and pollution so no fish survives here so to start the farm, you have to move further down the Lagoon,” he added.

While the practice of introducing non-native seems viable in the short term — like in the Lake Victoria situation, it can be dangerous in the long-run, causing either the near-extinction or the extinction of fishes endemic to the lagoon.

Non-native fishes that escape from the guarded contraption erected by local fishermen, reproduce massively and become invasive. The risk of genetic pollution, parasite transfer, and habitat modification are also greatly increased and may destroy the ecosystem in the long-term.

This story is written with the support of REJOPRA, Network of Journalists for Responsible Fisheries in Africa