Women stakeholders in the small scale fisheries sector in Africa have lamented that  that rising incidences of Illegal Unreported and Unregulated (IUU) fishing is causing damage to small scale fishing on the African continent. The women, including fishmongers, micro-fishmongers, processors and traders of fish products from the artisanal fisheries sector across Africa were gathered in Banjul, the Gambia for the celebration of International Women’s Day under the auspices of the Confederation of African Artisanal Fisheries Professional Organisations (CAOPA/CAAFPO).

By Ruth Akinwunmi, from Banjul, the Gambia

The theme for the fifth International Women’s Day, organised by COAPA/CAAFPO, was entitled “The role of women in promoting environmentally and socially sustainable fishing practices”.  The Secretary General of CAOPA/CAAFPO, Mr. Dauda Foday Saine, said that the theme for the event is one of global concern to fight illegal fishing in Africa. For his part, the President of COAPA/CAAFPO, Mr.  Gaoussou Gueye, appreciated the support of the government of The Gambia for the two-day event which was celebrated from 6thto 8thMarch 2018.

Mrs. Theresea Bayon, a fisherwoman from Liberia told SIPA News that there is rising incidence of poor fish catches due to pollution of the water ways. “We hardly get good catch as most of the small fishes are caught, while some fishermen make use of bad net with chemicals that affects our waters,”she said.  In the same vein, Mrs. Martha Nangobia, a fish processor from Uganda explained that bad government policy is affecting the artisans.  “We have been able to manage our trade with the help of some Non-Governmental Organisations (NGOs) that  have supported us with modern fish smoking equipment, but our major problem is the government who does not help in providing and support this sector in Uganda, they bring different laws that do not suit fish processors,”she explained.

Similarly, female representatives from other countries such as Sierra Leone, Guinea Bissau, Tunisia, Morocco, The Gambia, Mali and Nigeria expressed the same sentiment that IUU is adversely impacting marine resources. Subsequently, the women handed a declaration to the government of The Gambia, in which, they called for the adoption on the Voluntary Guidelines for Securing Sustainable Small-Scale Fisheries in the Context of Food Security and Poverty Eradication (FAO, 2014), which is an international recognition of artisanal fisheries’ contribution to food security, national economies, employment in Africa. 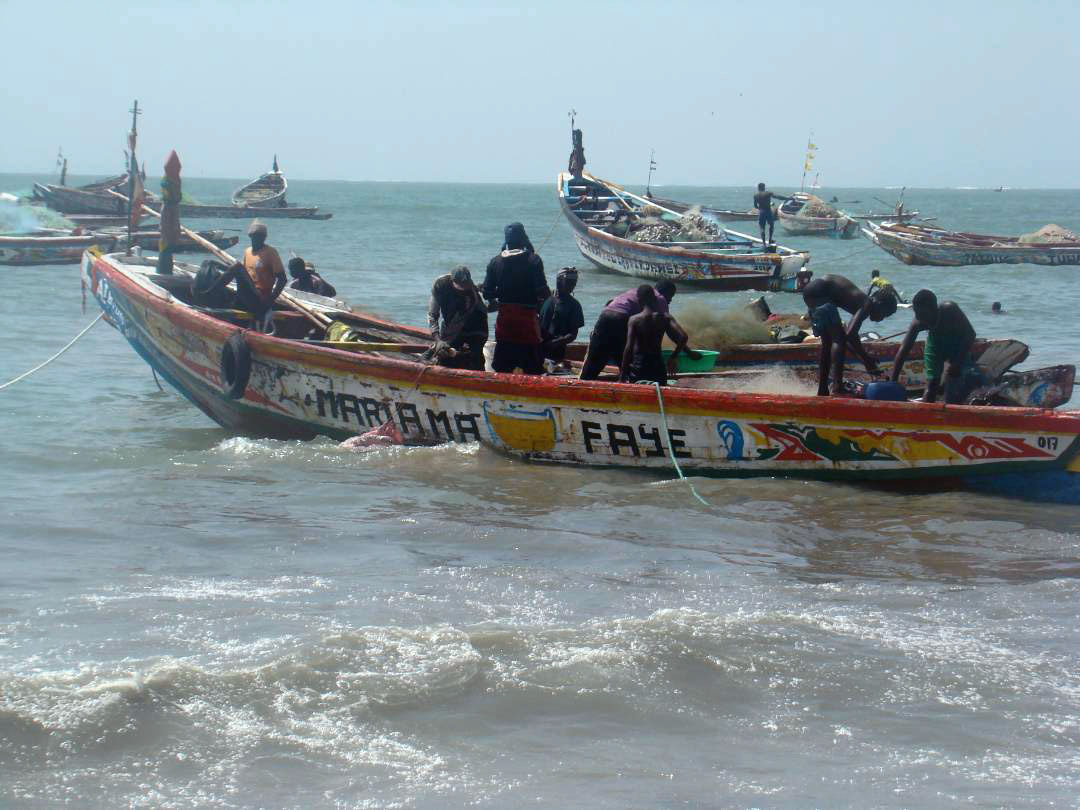 For his part, the representative of the Food and Agriculture Organisation of the United Nations (FAO), Mr. Martins Van Der Knaap, added that the organisation has decided to put together guidelines for small scale fishing, as this will help in the proper management of the sector, the livelihood and family of those who are into fishing.

“FAO’s guidelines are based on 12 principles, and the most important one is on gender equality and equity, because women play very important roles in decision making,”said Van Der Knaap.  However,  the Regional Coordinator of Fisheries Transparency Initiative, Mrs. Andrea Durighello, noted that transparency in the fishing industry is the only way to achieve positive growth. “I know it is hard to get transparency in any sector of a country, but with gradual information and education among policy makers, this can be achieved to an extent,”she noted.

The Vice President of COAPA/CAAFPO, Mrs. Adama Jalo, assured that the organisation will continue its sensitisation activities in countries hit by IUU matters, noting that women’s contribution to the economy cannot be overemphasised. “We have to seek out ways to improve the lives of these women who have the capacity to hold the sector together,”She said.

In his message to the delegates of the workshop, Minister of Fisheries, Water Resources and National Assembly Matters, Mr. James Gomez, explained that the competition for fish in the absence of appropriate management practices has continued to increase the rapid depletion of resources the ecosystem in Africa. Mr. Gomez explained that the ignorance of many countries to fight against IUU fisheries practices has brought about loss in the industry. He pointed out that the theme for this year’s celebration was very timely because of the contribution of small scale fisheries in terms of its contribution to food security, national economies, employment, as women play a key role in the fishery sector particularly along the value chain. The Minister urged women to come together and play prominent roles in the fight against  IUU fishing in Africa.